Reflection for the 4th Sunday of Lent (Cycle A) 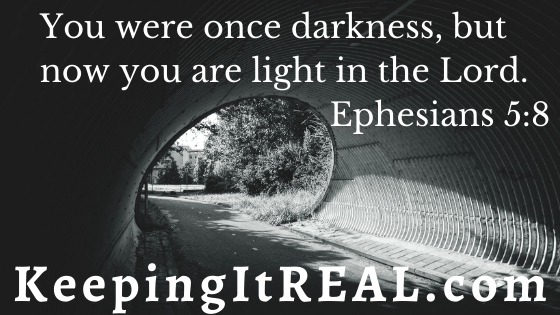 Years ago, one of Dana Carvey’s funniest characters on Saturday Night Live was Garth, Wayne’s sidekick from the cable access show “Wayne’s World.” When Garth talked about meeting a famous person or beautiful woman, he would bow and wave his hands saying, “I’m not worthy!”

This Sunday’s readings have many people saying the same thing. But leave it to God to have one “excellent” response to all of us “Garths” out here.

The reading from Samuel had God being very much like Prince Charming. God was looking for someone with whom He could start a lifelong relationship. Samuel was sent with the proverbial glass slipper to try and find a king for God. He figured that surely the King of Israel would be someone like Elijah, but he was wrong. He searched and met with all of the most likely candidates, but the proverbial shoe just didn’t fit.

Samuel then asked Jesse, “The Lord has not chosen any of these. Are these all the sons you have?” Ah, but wait – young David was tending the sheep.

So it was the young boy, whom everyone overlooked, who became the great king. This Old Testament “Garth,” who was out playing with sheep, was the one God had searched for!

New Testament Garth – Eyes HAVE seen what God has ready

The New Testament Garth was the blind man whom Jesus made whole. The people of Jesus’ time saw this man’s blindness as a result of sin. They even went so far as to say that the sins of the parents were being visited upon the son! Because of his affliction, the man was forced to sit by the road and beg.

Enter Jesus and his healing compassion! Suddenly, the blind man could see. What’s truly interesting is that when others wondered whether he truly was the same blind man they once knew, he said, “I am.”

The blind man who had been stripped of his dignity was healed by Jesus and made to realize that he, too, was a vessel for the God of Life! Click to Tweet

The phrase “I am” is a name often given to God. This was the name of the God of the Israelites that Moses led to freedom, and this is the name of the God who leads all to new life. The blind man’s “I am” affirmed the God-presence in himself. The blind man who had been stripped of his dignity was healed by Jesus and made to realize that he, too, was a vessel for the God of Life!

For the Pharisees, this was too much. In their minds, God should punish sinners not heal them! God should not dwell in them and open their eyes to the truth. But God is with all – the Garths of the world as well as the pious leaders. Unfortunately for them, the Pharisees chose to be blind to this idea rather than accept that God didn’t follow their rules.

Garths Today – I am worthy

Even today, some people prefer a God with strict guidelines. Sinners should be punished. The only way to have a deeper relationship with God is to be very religious. Humans are not worthy of God.

This simply is not true. God created us and said we were good, so why should we think any different of other people? What gives us the right to pass judgment in God’s stead?

Often, those whom we least expect to do so are the ones who teach us the greatest lessons. For our lives to truly change, we must become more like God and be the hands and feet of Christ to others. As it says in the first reading from Samuel, “Not as man sees does God see, because man sees the appearance but the LORD looks into the heart.”

Look into the heart. Look past the “Garth” exterior and see the being who was created in the likeness of God, within whom the Holy Spirit resides. Jesus told us, “Whatsoever you do to the least of my people, that you do unto me.” We are worthy. We are worthy to be treated with the respect bestowed upon a king.

Who are the “Garths” in your life? What stops you from seeing them as important members of the Body of Christ?
When have you felt like a “Garth?” What helped you move on?
How can you be a better vessel for the Holy Spirit and let your light shine for all?