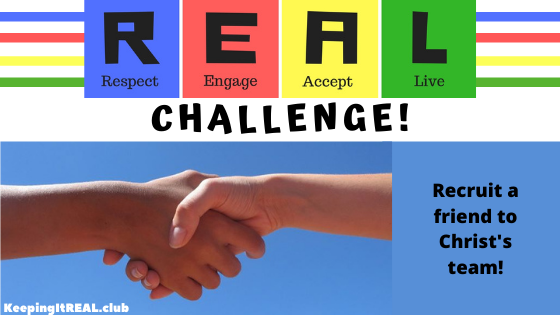 Jesus called some “free agents” to join the new “expansion team” he was creating. And like many of the players on expansion teams, those young players were much more daring, willing to do their best and “leave it all on the field.” Now it’s our turn to continue building God’s championship team! With that in mind, here’s your REAL Challenge for the week:

Recruit a friend to Christ’s team!

Remember the challenge that Christ himself put forth: Jesus said to them again, “Peace be with you. As the Father has sent me, even so I am sending you.” John 20:21
We are called to build the Kingdom, so let’s start by reaching out to the people we know the best!

Our email newsletter brings inspiration, reflections, green tips, and REAL challenges to your inbox every week!

You have Successfully Subscribed!