Reflection for the 3rd Sunday in Ordinary Time (Cycle B) 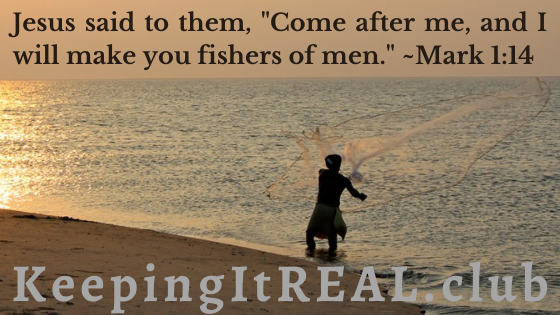 Free Agent: Are You Looking For A New Team?

It’s time to use your imagination. Picture this, if you will:

You are a professional football player – and a free agent. One of the teams playing in the Super Bowl this year tried to sign you last fall, but you said “no.” What would you be thinking now? You had a chance to play for the winner, but you got greedy (or maybe stubborn). Whatever the reason, there will only be one championship team and you won’t be on it!

Though you would not have made as much money as other teams had offered you, the owner had guaranteed that you would be playing for the Championship. He had told you “the team” would take care of you and that, after the big game, everything would change. Unfortunately, you didn’t believe him at the time!

Do You Need To Change Teams?

Do you know how many players would give up a great deal of cash in exchange for a guarantee to be in the Super Bowl? The pride, the accolades, the prestige, the endorsement contracts, and a huge future await you – because such a decision will be yours to make!

In today’s gospel, we hear Jesus call some “free agents” to join his team. He is asking them to join a team that is just being formed – an expansion team, if you will. And like many of the players on expansion teams, the younger players are sometimes much more daring because they have much less to lose. Many of the people that joined Jesus’ team were young – perhaps still in their teens – when they decided to “sign on.”

These men in our gospel reading this Sunday stopped what they were doing and immediately joined his team. As Christians today, we know that one day we will be champions. But I’ll bet that these young players who followed Jesus were not very sure of this guarantee, yet they took the chance anyway.

What Are You Waiting for?

Maybe some of us are holding out for more of something. We like the freedom we have with the team we are currently playing for. Maybe we are afraid that what we are being told is not the truth. We need to ask ourselves what it is we are waiting on before we sign up for the team.

Jesus is calling us – just like he called Peter, Andrew and James. He is asking us to work for his team and promises us a championship. All we need to do is play our positions the best we can! Click to Tweet

Jesus is calling us – just like he called Peter, Andrew and James. He is asking us to work for his team and promises us a championship. All we need to do is play our positions the best we can! There will be times when we will have to sacrifice for the team. There will be times when it might become difficult to be loyal to the team. But that is what we are called to do.

Will the Coach Send You In?

In the second reading, St. Paul tells us that the world we know is passing away. As you look at the reading, it doesn’t make sense to us today without realizing that Paul thought Jesus was coming back soon. In fact, he was writing as if Jesus was going to return very soon, perhaps in his lifetime. Why get married? Why get caught up in the things of this world?

Today we are still awaiting the Second Coming of Christ, yet Paul’s words can still speak to us. These are scary times we live in – for our society but also for the very planet itself. So we must always be ready for Jesus to return, because we don’t know when it will happen. It’s like sitting on the bench. Someday the coach will call us into the game, perhaps at a critical time. How will we respond?

In the first reading, Jonah has a tough time believing that God wants him to try to recruit for the team in a city of Gentiles. God lets Jonah know that he isn’t looking for certain people, but rather he is looking for anyone willing to play hard and contribute – and so Jonah continues to recruit.

The Lord – the owner of Christ’s “expansion team” – isn’t looking for perfection. We are simply called to try our best and to leave it all on the field. So the question is, are you ready to play on the Championship team?

What do you need to give up in order to completely join God’s team?
What price will you have to pay in order to change teams?
Is there someone God is calling you to recruit for our Championship team?